Khayyam Opera,’ the latest vocal puppet performance written, designed and directed by Iranian theater director and pioneer of traditional puppet theater in the country Behrouz Gharibpour is to be staged from July 16-August 6 in Tehran.

Ferdowsi Hall is the venue of the performance which is the eighth product presented by Aaran Puppet Theater Group after about three years of meticulous work, Honaronline reported.

A group of about 300 people has been collaborating for three years to bring out the show which is about Persian polymath and poet Omar Khayyam, from the moment he reached mental, philosophical and scientific maturity

The show is about Persian polymath and poet Omar Khayyam (1048-1131) from the moment he reached mental, philosophical and scientific maturity.

The opera is composed by Iranian musician Amir Behzad. His composition will be staged by an orchestra conducted by Iranian composer, music producer and conductor Farnoush Behzad who is based in London, UK.

Farnoush completed his degree and post graduate studies in ‘composition and ethnomusicology’ at Guildhall School of Music in London and then at the University of London. He has conducted at many prestigious venues n England such as the Royal Albert hall, Festival Hall, Queen Elizabeth Hall & Purcell Room.

Khayyam Opera is planned to be staged every evening at 7 pm. A total of 17 vocalists will sing at the show, accompanied by a choir of 30 voices.

Iranian traditional vocalist and ney player Mohammad Motamedi, 39, will sing as Khayyam. “He sings both ‘Khayyam of Intellect’ and ‘Khayyam of Love’,” Gharibpour, 66, said. “A group of about 300 people has been collaborating to bring out the opera. “I hope people will once again know Khayyam”.

About the celebrated classical poet, Amir Behzad said, “Khayyam is an international poet. He is among the most famous of our prominent poets. Due to his global fame, we tried to use international music notations in addition to Iranian modal systems of music. The result could be very interesting for the audience.”

Considering the long time spent on production of the opera, Gharibpour anticipates a successful performance. “I’ve focused on the poet’s thoughts. His quatrains are translated into 35 languages; nevertheless, he is not known the way he deserves,” he said.

“Even in Iran, there is this widespread misconception about Khayyam that he only pursued pleasure of the day,” Gharibpour added. ‘Seize your moment of mirth,’ a verse by the poet on carpe diem theme is famous among people.

“But he is the one who solved equations and often spoke of the world’s transiency in his poems. He worked on mathematic formulas and by observing the stars, contributed to a calendar reform, developing the precisely computed Jalali Calendar (a solar calendar used in Iran),” the director said.

Khayyam’s multi-faceted character is highlighted in a scene from the opera where blacksmiths make him various tools of diverse functions.

“He promotes peace and warns against avarice. His message is not limited to his time or the 21st century,” Gharibpour noted and expressed hope that the upcoming opera would help reveal (lesser-known) parts of the philosopher’s character.

“Based on my research, Khayyam has taken the first steps in Islamic mysticism. Many religious mystics and poets have referred to his quatrains,” he pointed out.

Ferdowsi Hall, the venue of the opera, is located on Shahryar Blvd., Hafez Ave., south of Enqelab Ave. Tickets are available at tiwall.com, a local website on cultural events.

“In pricing the tickets, we considered students and financially-challenged people, lest they be discouraged by the expense. We tried not to limit our performance to elites (since ordinary) people are the main supporters of theater and cinema. In collaboration with Roudaki Foundation and the department of Culture and Islamic Guidance in Khorasan Razavi Province (where Khayyam’s birthplace, Neyshabur is located), we hope to be able to stage the show in the polymath’s homeland,” the director added.

Before taking up his current work, Gharibpour has written and directed other operas on the 13th-century Persian poet Rumi, classical Persian poet of the 14th century Hafez, and Ashura, the tenth day of Muharram in the Islamic calendar which marks the death of Imam Hussain, Shia Muslims’ third Imam.

Gharibpour studied theatre at Tehran University and at Dramatic Arts Academy in Rome (Silvio D’Amico). He founded puppet theater centers in Tehran and Esfahan and helped establish Iran’s Cultural Center in Tehran. He is vastly experienced in writing and directing in theater, puppet theater, movies, documentaries, and TV series.

He is also known for his wide research works on Iranian puppetry as was commonly practiced during the Qajar era (1785-1925).

He has won several awards including the Hans Christian Andersen Award 2002 and Sirene d’Oro 2008 from Italy’s puppet theater festival of Arrivano dal Mare. 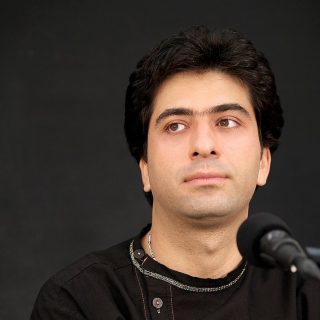 By :Mohammad Hossein Lavasani   Most of our musicians specially the singers, who are considered more than other artists in […]